Hardcore is like Jason Voorhees, it will always return.

In the early 90s the cocktail of techno, Belgian new beat and acid became the foundation of what would later grow into hardcore. All electronic music was called house music back then and you could see Lenny Dee and Carl Cox playing on the same stage. Noël Wessels and Frank Nitzinsky⁠—who together form hardcore duo The Outside Agency⁠—liked it that way. October 4th will mark their debut in BASIS. A conversation about the revival(s) of hardcore.

You were both into hardcore and met around 1991. This means that you were around to witness the birth of this Dutch musical genre. How did you experience that time? Did you go to a lot of raves? Who were your heroes?

Back then it was all extremely fascinating to us. We really wanted to be part of it. We both had that intense urge to makethis music. It seemed that most people wanted to be DJs, but we were drawn to production. To be able to make those insane sounds ourselves, but how? There was no Internet around to make things easier, so it was a period of intense trial and error to try and figure out how it all worked.

In those days you had to send out a lot of cassette tapes to record labels before you’d get noticed—if you would even get noticed. We saw the demo piles at the record labels back then: entire boxes full of them. We sent out a great many cassettes before we got picked up and our first work admittedly wasn’t super amazing, so that made sense. Around 1994/1995 we really thought we were at the right level for a release. We were pretty offended that Paul Elstak hadn’t called us yet. It actually took another two years before we finally started getting response to the demos. It was crazy; the labels all started calling at the same time.

We definitely went to raves. We went to the first hardcore events at the Energiehal in Rotterdam and the Hellraiser events in Amsterdam. Actually Utrecht as well. Vechtsebanen and Central Studios. We didn’t really go consistently, maybe 4 or 5 times per year max. Everything was still so new and fresh. The events really fueled our inspiration and made us want to hit the studio rather than another rave.

Some of our heroes from the early days were Gizmo, DJ Rob, Buzz Fuzz, Ruffneck, Pavo, Speed Freak and PCP. We were at the first live performance by PCP in Amsterdam. We still haven’t really recovered from that one.

In 1998 hardcore underwent a change which made you return to your individual drum & bass projects. Tell us something about that change and what it was you didn’t like about it.

Hardcore died for the first time in 1998. They say hardcore never dies, but it does. It’s more like Jason Voorhees. It dies, but always returns in some recognizable form. Hey, that’s hardcore! At the end of the 90s you had that pop music gabber; super upbeat, happy and cheesy. Our favorite tempo was 185/190 BPM, but a slower form of hardcore that was called Newstyle was gaining traction and several producers had withdrawn from hardcore to pioneer hardstyle. The faster stuff appealed to us much more, so we focused on drum & bass for a while. That wasn’t a fully conscious decision, but in hindsight that’s how it went. You just find yourself not making a lot of hardcore all of a sudden.

You mention 2001 as the year that hardcore appealed to you again. What happened exactly?

DJ Promo had built up a really nice catalog of dark, aggressive and slow hardcore with his “File” series of records. This was a really nice discovery for us because we had secretly made some slow hardcore tracks during our little hiatus, and they really fit in what he was doing. It turned out that slow hardcore wasn’t the problem for us; it was cheesy slow hardcore. We sent some of our older and brand new slow tracks around to a few labels and did a few releases. This ultimately led to the birth of our label Genosha Recordings.

Later you forced hardcore and drum & bass to marry and created your own hybrid called crossbreed. Other labels and artists got in on this hype as well. Did you anticipate this kind of success?

We had always combined drum & bass and hardcore in our DJ sets, but drum & bass elements were also starting to become more prevalent in our hardcore productions and vice versa. In 2009 we challenged ourselves to combine true drum & bass and true hardcore into one single track. It had to be more than just simple elements of the other style—which had been done before, of course. The hardcore parts had to sound like hardcore and fit a hardcore set, and the drum & bass parts had to be playable in a drum & bass set without sounding out of place. We also wanted it to live up to the high production standards of both genres. No one was really asking for this. There was no demand. Neither hardcore fans nor drum & bass fans were excited about the idea, but we liked it and committed to it. We started a sub-label for it and came up with the name crossbreed, which we did to see if we could get people to start calling it that. That’s all it was. It was really amusing to see it worked.

Your labels, Genosha and Genosha One Seven Five mostly feature your own music and very little music by other artists. Does this mean you’re really critical of others’ music or are the labels primarily intended to be an output for your work?

You’re right on both counts. We do occasionally release work by others, mostly close friends. If we’re really, really into it we’ll do it. We also enjoy providing a platform for people we think have a lot of talent and deserve it, but we unfortunately don’t have a lot of time for it.

You have a nice bird’s-eye view perspective of hardcore because of your years of experience in the scene. Hardcore has changed over the years. Has the crowd changed along with it?

Everybody’s journey in music is different. Personal. Some people start out liking really simple low-bar stuff void of any emotion and will gradually gravitate towards music with more complexity, and for others the converse might happen, but perhaps not as often. The most popular subset of hardcore right now is uptempo. Uptempo is really not our thing, but we understand its appeal. It’s super punk. When we went to our first raves we most definitely wanted to dance to the most brainless and fastest hardcore available towards the end of the night. Say, between 7 and 10. We will never forget the magic and the appeal of that, but nowadays 7-10 is actually all night.

The nostalgia you build up during your first few raves is unbeatable. Music evolves and grows continually and eventually everyone will find themselves unable or unwilling to grow along with it. As a producer you will always continue to grow; your journey is never over. Well, ours isn’t, at any rate.

We’ve seen the lines between techno and hardcore start to blur in recent years. We’re seeing more hardcore artists at techno events now. What is your take on this?

About 10 years ago we were part of a small group of industrial hardcore acts that got to play closing sets at hard techno events. Ophidian was actually the very first among us to do this way back in 2005, but also Mindustries and Rude Awakening. Also, Belgium had a scene around that time where one room was techno and the other was hardcore. We really loved that time because we got to focus on the slower side of hardcore there. So this development is certainly not a new thing. It’s more cyclical. It goes all the way back to the beginning, when everything was called house music here and you’d see Lenny Dee and Carl Cox playing on the same stage. And that is the same thing that’s happening now. People are losing their mind to hardcore tracks that you can’t play at hardcore events anymore and that’s wonderful. We think it’s great that more promoters are booking outside of the box.

On October 4th you’re making your debut at BASIS. What are you expectations about the club and the ravers in Utrecht?

We’re expecting a dark basement with an open-minded crowd. We have no doubt it will be great! 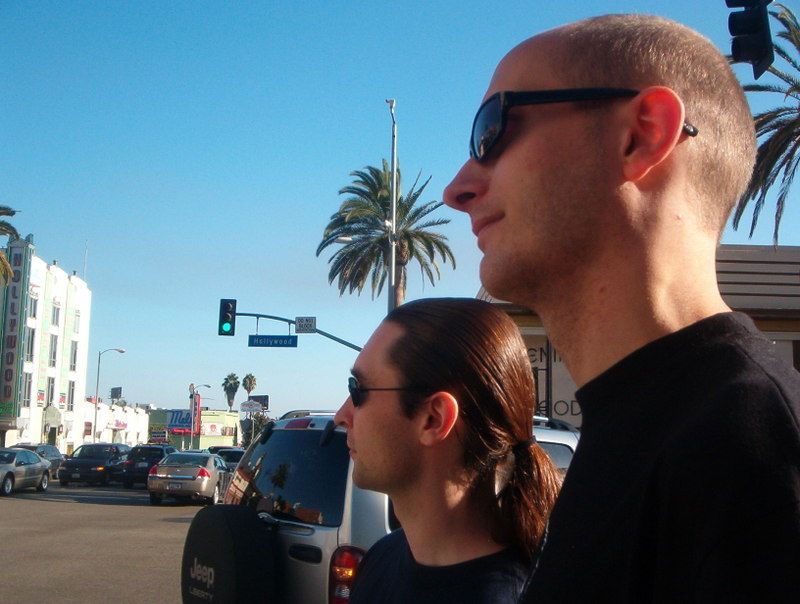