After an almost unstoppable high, minimal-house sounds seemed to have disappeared for some years. But the genre has a lot to offer, says Utrecht’s own Luna Ludmila. ‘It’s a warm sounding genre that relies on grooves and layers.’ Minimal-house is back in business in the Netherlands and Utrecht will know it by May 24th, as Curated by Luna Ludmilawill take place in BASIS.

Let’s have a chat with Luna and find out all about it.

You are a child of Utrecht. Where did it start for you? Was there a good environment for your music and everything you wanted to accomplish?

My first bookings in Utrecht were at Kranck, a party that was organized every Thursday. I got the chance to open the night. Quickly after that, I got to close a party of Joost Ruijter in Lux. From that moment I started DJing more and more in Utrecht. At that time – about seven years ago – there was a lively scene for my music. I started developing my musical taste rapidly and realized I wanted to play deeper, with a more minimalistic approach to it. That choice had consequences for my bookings. They went into decline for some time. I had to go back to square one with a sound that was closer to my heart. There weren’t a lot of places in Utrecht that programmed that sound. I started playing outside of Utrecht and took some initiatives. I used to organize club nights in Poema for example, a club in Utrecht, where I invited international guests like Enzo Siragusa (Fuse). We brought refreshing line-ups, if you compare it with other nights in the city at the time. I think people appreciated that.

Next to house, you are an advocate for minimal. A genre that experienced a downturn, after it went sky high. What’s the status of the genre in 2019?

I think it’s going back upwards. There are more parties. VBX had a big hand in that. They organize parties with this sound for years. Concepts and clubs like The Tribe and Paradigm are doing well nowadays. And in Amsterdam there are clubs like Shelter and Bret that are programming the sound more often. Even the big festivals seem to add minimal/house stages to their program more and more. The minimal I want to put forward relies on groove and layers, as it is a fusion with house music. The sound is much warmer and also more matured, in my opinion. You can’t match it with the idea some people have of the concept minimal.

Do you consider it your mission to give the genre a boost?

I think it’s unfortunate that a city like Utrecht has little to offer regarding minimal. Of course it’s a niche sound, so I do understand. But I think the time is right to get the sound back out there. People are more open to it again, thanks to the parties in the rest of the country. I know numerous people in Utrecht who visit minimal/house parties. They don’t have to leave Utrecht for the weekend now!

Your music is often modest and subtle. Does that reflect on your studio set up? Do you have a modest collection of gear as well?

Subtlety is important in my music. When producing, I always try to have an eye for detail, creating little changes. I think it’s really cool to discover new things in tracks as you listen to them more often. Because there are little elements that gradually come out. My set-up is not super extensive. I use Ableton, but I record mainly with hardware. At the moment, I have an analog drum machine, a synthesizer and a semi-modular system. I jam with these, then edit and arrange the material in Ableton.

Due to it’s ambient influences, your music has a moody ring to it. Does your music reflect on your personal life?

Interesting question. I prefer moody music in general. I’m just not really into extremely happy music. I wouldn’t want to describe all my music as moody though. Some of the tracks I made are not necessarily dark. I strive to find a balance between moody, dreamy and colorful, but also forceful and dancefloor orientated music. For me, the groove is most important in my music.

Would your music fit better to a dark cellar like BASIS or a festival beach?

I think my sound fits both. In a dark place like BASIS you can play a bit deeper. I’m looking forward to that. But I also like to play at festivals. I still get a lot of positive reactions on my set at Straf_Werk festival last year.  With the sun on your head, you tend to play different music than in a dark cellar. But I like the variety of gigs and finding a matching choice of records.

I noticed you are studying Composition Electronic Music at the Hogeschool voor de Kunsten and that you graduated at the Herman Brood Academy. To what extent did you experience an advantage in your career because of your degree?

While studying, I got lots of time to develop myself as a producer. Now it’s much more clear to me what my music should sound like. I also developed myself in technical respect. It benefited mynetwork, I made friends for life that are also active in music and we are still supporting each other.I don’t consider myself a musician, rather a producer and DJ. I was always interested in rhythm and grooves. That’s why I also played drums before getting into electronic music. I developed my taste for rhythmic music because of that.

You’ve been named curator of BASIS for the night of May 24th. Did you have to think hard about the invitations?

I’m super grateful that Joost and Jorn (BASIS bosses) gave me the chance to build the night with this sound. The choices were not hard to make at all. Roger Gerressen has been a great source of inspiration to me for years. He really has a strong sound of his own. His records are deep and though at the same time. His discography is impressive, with releases on labels like Sushitech and his own Irenic imprint. He’s also part of the leading Yoyaku platform from Paris.

Ferro is really one of the best DJ’s in the country in my opinion. I’ve heard numerous powerful sets from him. Listening to him is always inspiring. He’s the frontman of the successful VBX. His releases on Oscillat, for example, did very well. Both gentlemen belong to the top of our country, so I’m very happy that they are present.

Louis Agoda en Manuel K will warm up. Two guys that collect vinyl fanatically. Their collection is impressive. Real purists and also inhabitants of Utrecht, which makes it extra cool to have them. Secretly, I’m very proud of this line-up and the first edition of my night.

Next to BASIS on the 24th of May, you can find Luna this summer at: Free Your Mind Festival (1 June), Amsterdam Open Air (2 June), Repere Festival in Romania (22 June) and Straf_werk Festival (17 August). 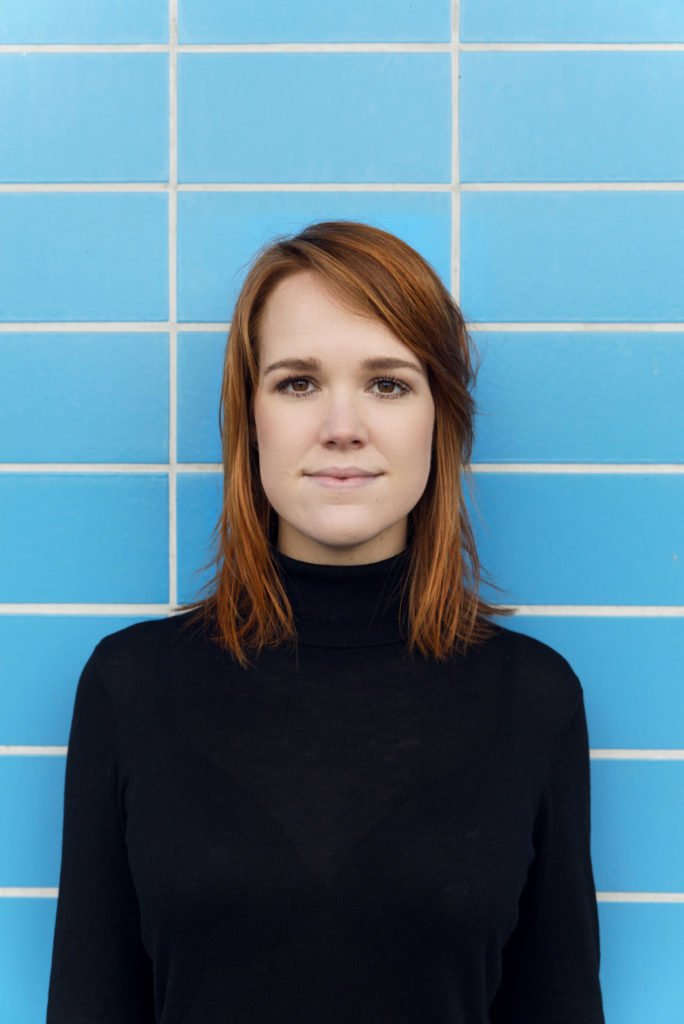