“No mistakes, just happy accidents.” – An interview with Rebekah

This Saturday marks the return of power woman Rebekah. She’ll be doing an all night club show at BASIS. The only one in the Netherlands, which makes the evening quite unique. Rebekah’s been on a roll for years now and is seen as one of the best artists in techno. For the past year she’s been playing special all night sets around the globe and unique side by side’s with her partner in techno, Paula Temple. To top it all off, she’s been expanding her sets by adding new gear like a modular. We got in touch with her, in the build up to this Saturday, and asked her a few questions.

You’ve chosen a limited number of venues to perform an all nighter in 2018. Why did you pick BASIS?

BASIS is a space that I know well as it will be my fourth time playing, and the clubbers are really passionate and energetic which matches my energy too, so it’s a no brainer! I remember my first time very well, I started with darker CLR type techno and a girl typed some text on her phone saying “please trust us, we are open to more crazy music”. The UK techno sound wasn’t always working for me in a lot of locations in Europe at that time, so from that first time I knew they were more open and enjoyed a variety of sounds. It’s also very comfortable in the booth and now with the new sound system it’s even better 😉

We know you for performing a hybrid DJ set; with a drum machine and more recently also a modular synth. What can we expect in terms of your performance in BASIS?

It will be a journey through the styles of music that I like and that I’m into, hopefully revealing a larger range of genres than what a normal two hour set can show. The hybrid element will be from the modular to add some hats and some extra percussion, and to create a few crazy moments throughout the night but the main focus is on the music selection

Nowadays we just have access to so much technology that is affordable to each individuals budget, and the world is your oyster when deciding on how you want to perform – if you can imagine it you can do it! I found that in the beginning the DJ part of my set was always the safety net. If I don’t feel comfortable I can fall back on Traktor, so for me the only way to overcome this was to go full live and take away those stabilisers. This in turn has helped my hybrid set more and also the confidence to just jam. The modular is also way more inspiring than the drum machine alone as I have it set up exactly how I want to use it. 2019 will definitely be seeing me play more hybrid and full live shows.

Do you feel these live and hybrid performances are more in demand with the audience?

Some of the die hard techno lovers will always be interested in hearing live sets as techno has always been a genre that attracts open minded listeners wanting that technological advancement. But in the end the audience doesn’t necessarily care about whats going on in the booth, it’s really the sound that counts, something my ego had to get over at certain times when I took too much on. As an artist I think you will always be searching for ways to incorporate new techniques to enhance the performance, or at the very least keep it interesting and challenging. Would you rather listen to a performer taking risks or playing safe? In the words of Bob Ross there are “no mistakes, just happy accidents” 🙂

You did an all nighter in Concrete, Paris early this year. On Instagram you wrote about five points of improvement. For example: After the 7th hour you start repeating yourself and It’s physically tough on the body. How did you deal with these points during your next all nighters?

I haven’t give it so much thought as this year doing all nighters has become more normal, in a way. I’ve actually prepared a little less and just added the newer music to playlists that I had already created for the different periods of the night. In fact I am way more flexible now, at Kompass I played the last few hours of older music, which was totally unplanned. I suppose that’s what is exciting about the all nighter, you have the time to do this. As for physically, I have tried to eat a little during the set to keep my energy firing. It is still tough on my knees and inflames a chronic hip injury Im suffering from, but stretching helps before and after. Gosh, I sound like an old lady preparing for a marathon…

You also said that more preparation is needed in that Instagram post. How do you prepare for an all nighter now?

This comment is something I always refer to when I am playing the same tracks over and over and only using a few playlists I have set up, it means I am not being organised enough or practicingenough in the week. I’m old school, I still need to have a mix at home to be prepared for my sets over the weekend. The only part I prepare for now is the opening, a lot of the ambient music is melodic and can create awful detuned drones if you don’t know the music! 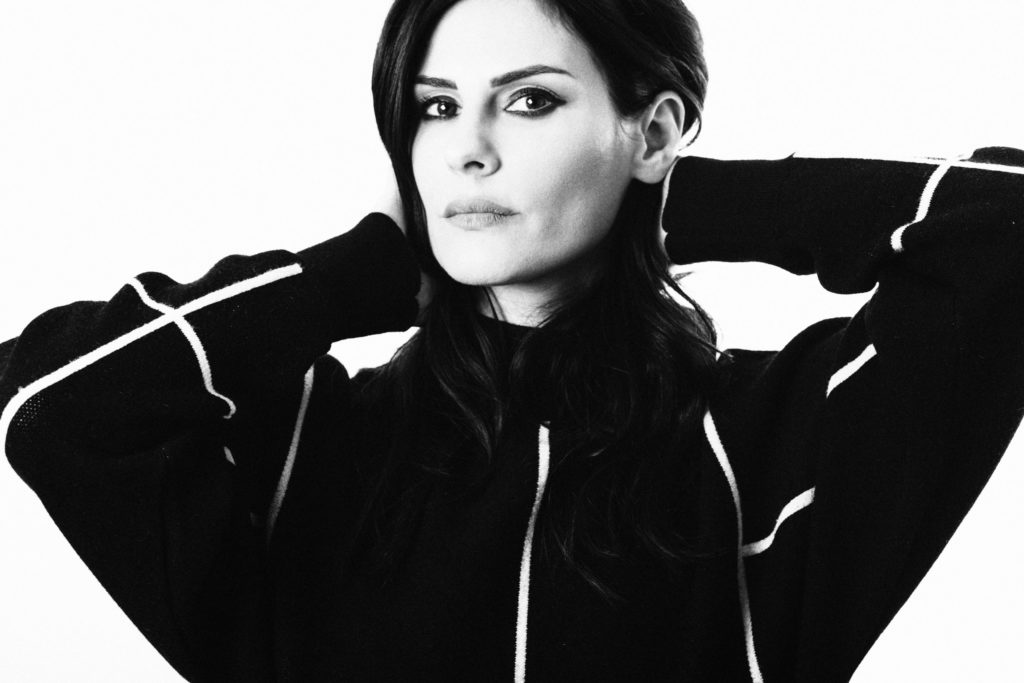