He was running a successful label by the name of 44Bass. But then he didn’t like the way his beloved UK sound was going to. Last spring Wouter S. established his new label Kompai, which serves as an outlet for him to release eveything he wants, without having to compromise for label demands. This Saturday he will host his second Kompai night in BASIS.

Wouter, why did you establish Kompai in early 2019? You were already running a label; 44Bass.

Initially, I established Kompai as an outlet to release my music that was made without keeping other label preferences in mind. My style of djing is just as diverse as my way of producing.

Were you bored with UK house and bass?

I still love UK house and bass, but people thought I strictly played UK garage and bass. But that is not the case. I always played everything from house to techno. And with 44Bass and Speedfreax and Solar (VageGasten) I played mostly the UK sound. Apart from that, I thought the last couple of years nothing relevant or new was released and it became superficial. More towards EDM. From that moment I had enough, beacuse I ended up always playing the same records in my UK bass sets. It became less fun and less challenging.

What is the definition of ‘’raw house’’ that you want to push with ?
Listening to the ep’s on the label, it appears we hear some echoes from the old New York garage house. Is this part of your new inspiration?

Kompai is not one sound. It will be everything that I think is worth releasing. My own unlimited musical outlet. Sometimes I will release some remixes of friends or collabs with friends. Hence the name Kompai, which means ‘friend’ in Papiamento.

Will Kompai become your core business or do you consider it as just another project?

I will concentrate on Kompai a lot. Many releases are ready and I can’t wait to share them with the world. Lately I organized nights in Toffler, Claire en Indigo. I also did a stream for Straf_Werk. Now Kompai will be back in BASIS for the second time and I’m planning on bringing the concept more often to my favorite clubs.

You are from the house tradition. Lately, rumor has it that house is going through a hard time, that it is pushed out of the market by the popularity of techno and the more hard edged genres on festivals and in clubs. Nonsense? Or is it something that you noticed as well?

I don’t bother that much. I’m convinced that good things will always find their way. A scene that only consists of techno will not be good. Then it becomes a hype and it will disappear again before you know it.

Despite your house profile, you said you like techno a lot, but that you rarely play an entire techno set. Are you sensitive for change of trends? If you would notice that there is more need for music that you don’t play, would you care about that? Or do you keep a steady course regarding the music you play?

I really like techno, but more the rolling, funky old techno. I’m not sensitive for trends. If I am, I would have established a techno alias long ago. Sometimes I play a techno set if the setting is appropriate or a promoter asks for it. I really enjoy that. But I don’t want to do it every month of every week.

We see you share the stage with Benny Rodrigues a lot. Could you describe your connection with him?

Benny is my idol en biggest source of inspiration. Apart from that, I am really happy that I can call him my friend. In my opinion he is the best DJ in the world. He’s very wise and has the power to keep surprising. He was there for me in both good and bad times. He is one of the very few persons that can keep me down to earth, or kick me down to earth sometimes ;).

The appearance of Boris Werner completes your second Kompai night in BASIS, another experienced man. What does he mean to you?

Boris is a DJ that I hold in high esteem. I know him from the glory days of the minimal/tech house age between 2007 and 2009. He played a lot with Lauhaus back then. But he wasn’t opposed to an illegal rave at the time as well. Boris is what I call a DJ’s DJ. Which means he can make the crowd go mad, but still gives enough room for his colleagues. Wow, didn’t I said that nice?

What do you remeber from your first Kompai night in BASIS?

Everything. From the diner with (Simon) Shadow Child to the very last record that I played.

It was a cold night, from a musical perspective. Julian Alexander warmed up the place very good (like he always does). Shadow Child asked me what he was supposed to play. I said he just had to do what he felt like, and he did. I never heard him play such an eclectic set. I loved it. Let’s hope we could at least emulate that night. 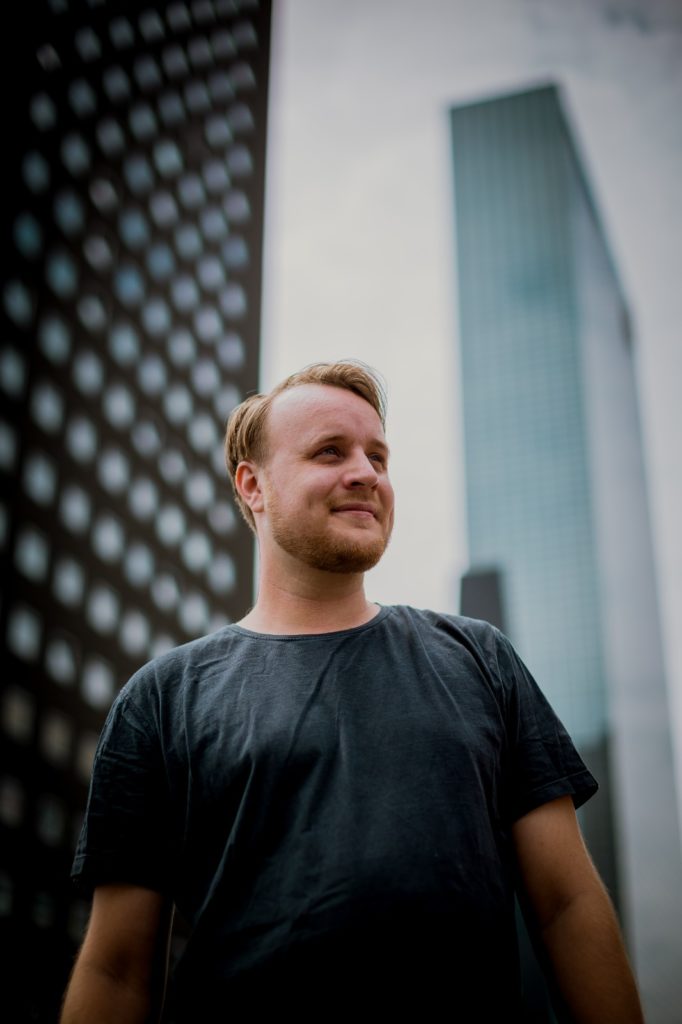